History of the Ranch

The First to Love This Land

Deer Creek Valley Ranch has a colorful history of a real-deal working ranch. Originally homesteaded by George S. Parmalee (oldest son of John Parmalee, for whom Parmalee Gulch is named), he built the massive original barn in 1862. Crafted with hand-hewn timbers and wooden pegs, it stood over three stories tall on a stone foundation. To put the timeline in perspective, Abraham Lincoln was still president at this time. If you look closely you can even see an old water cistern, hand built into the rock, that once serviced the original residence on the property.

What is now a quaint renovated cottage next to the Barn was once the stagecoach stop between Denver and Fairplay. Since it was a natural stopping place on the wagon road, George capitalized on this by applying to open a post office there in 1870. The old stage road passed between the Barn and the original Ranch house. In 1927, that house burned and was replaced by one built just west of the Barn. The original location of the house lies in what is now the US Highway 285 right of way. According to Harold Warren’s Bits and Pieces of History along the 285 Corridor, most of the original chimney is now buried in highway fill.

Warren’s book also includes a colorful account of how the Horn Cemetery came to be situated in such close proximity to the Ranch. It seems that there was a shootout at the stagecoach stop and one of the participants was mortally wounded. He managed to stagger only a short distance before he dropped and died.  Of course, they buried him on the spot!

Faulty wiring is believed to have caused a fire that destroyed the 126-year-old Deer Creek Valley Ranch Barn  (Fairplay Flume, May 13, 1989). Platte Canyon firefighter John Woodward reported smoke in the afternoon, but the Barn was fully involved before firefighters arrived. Dousing the fire required over 50,000 gallons of water over several days due to smoldering hay and manure inside. Fortunately, no livestock were inside. Jerry Keel, who had purchased the Ranch four years prior, called the financial loss incidental, but the historic loss significant. He vowed to rebuild the Barn to restore the charm of the valley.

It took a while, but in 1997, Keel discovered a Barn in Parker that was to be destroyed to make way for the development of Highway E-470. Its roof and top floor were almost a perfect fit! In short order, the Parker Barn’s roof and upper story were sliced into two sections lengthwise, transported and placed in position by a crane on the restored lower portion of the historic Barn. After adding new shingles and a fresh coat of paint, the Barn became what we see today, a testament to fortitude and persistence commemorating Colorado’s territorial history.

In 2003, after driving past the Ranch since he was a teen and thinking to himself that he would buy it one day, Tim Marasciullo, noticed the Ranch had come up for sale. Tim contacted the realtor and was told that the Ranch had already sold and was due to close escrow in three days.  As Tim and the realtor drove around looking at other properties, the realtor received a phone call; the Ranch had unexpectedly fallen out of escrow!  Tim immediately said, “I’ll take it!” and just like that, his dream as a young man came true.

Practically sight unseen, a purchase contract was submitted. Only then did Tim get to see the rest of the property, which included a furnished 4,000 square foot ranch house built in the late 1940’s, with an in-ground swimming pool and all recently renovated. What a bonus! Perfect timing too, as there were three back up offers by the end of the day. At the time, little did Tim know the love and family experiences that were yet to unfold at the Ranch. And little did he know what fabulous memories were to be experienced by all who enjoy their celebrations here as well. The rest, as they say, is history.

Note: Information and some text gleaned from various articles in the Park County Republican and the Fairplay Flume. 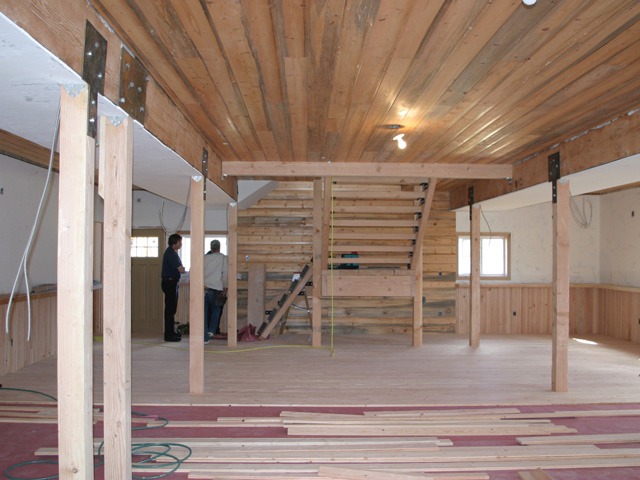 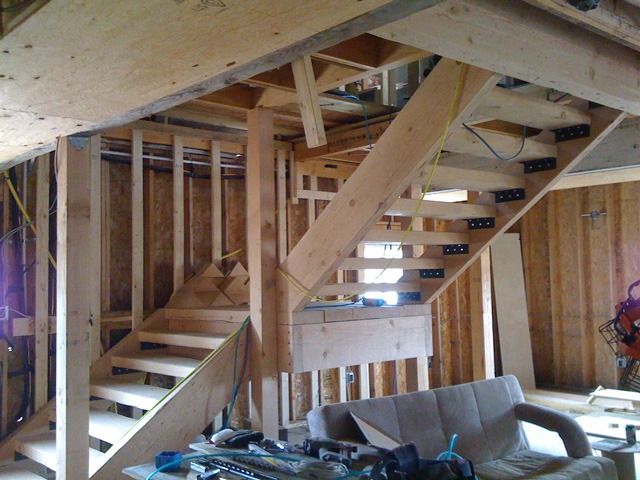 Staircase to Loft (Before)

Staircase to Loft (After) 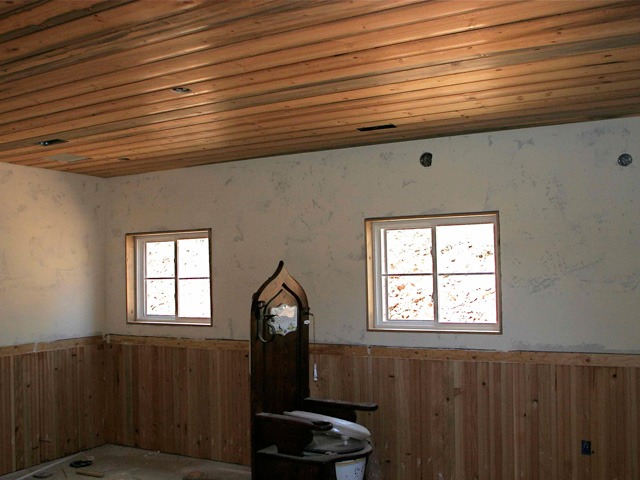 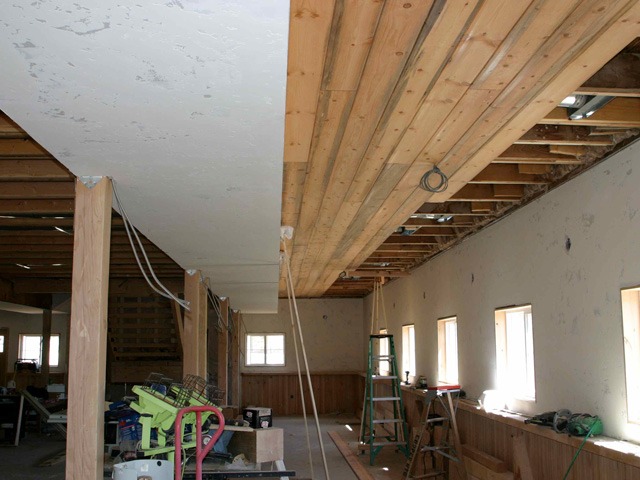 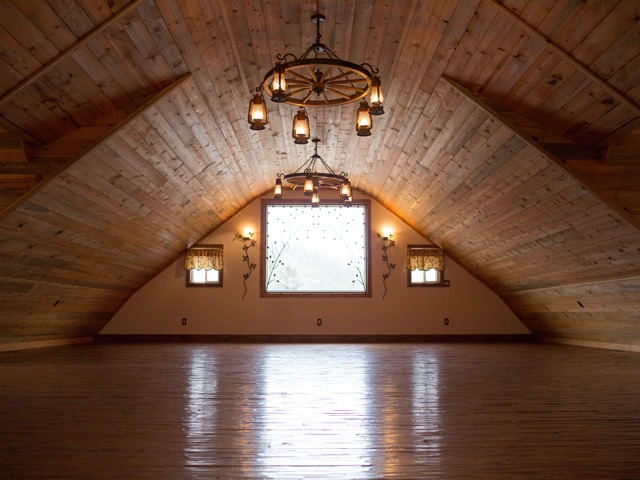 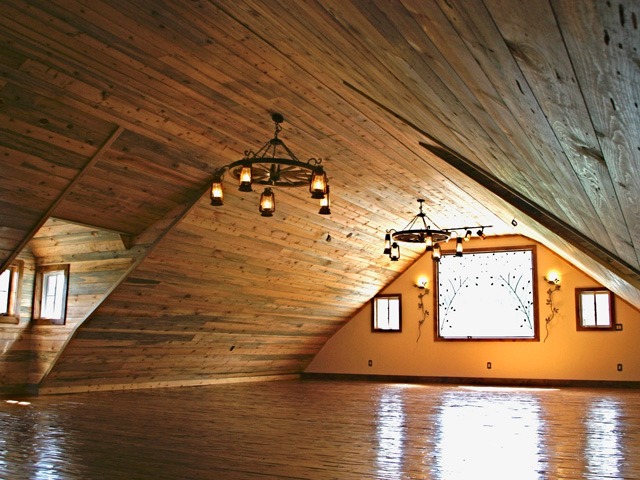 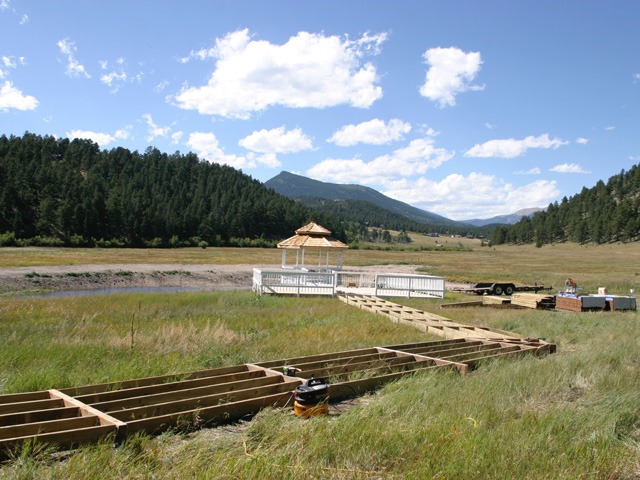 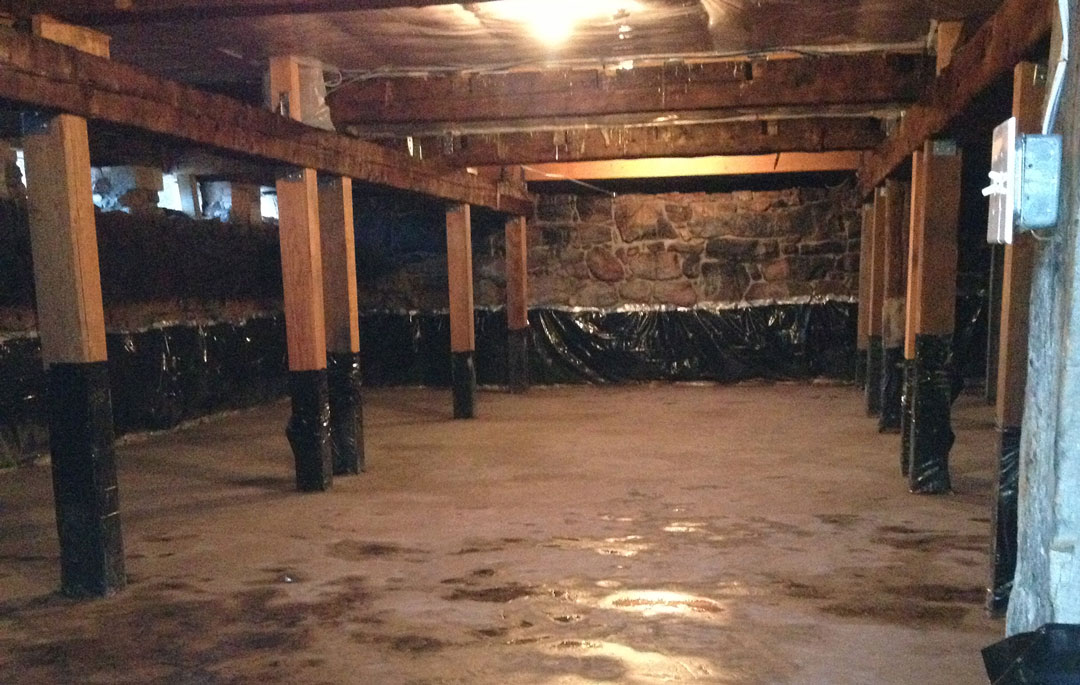 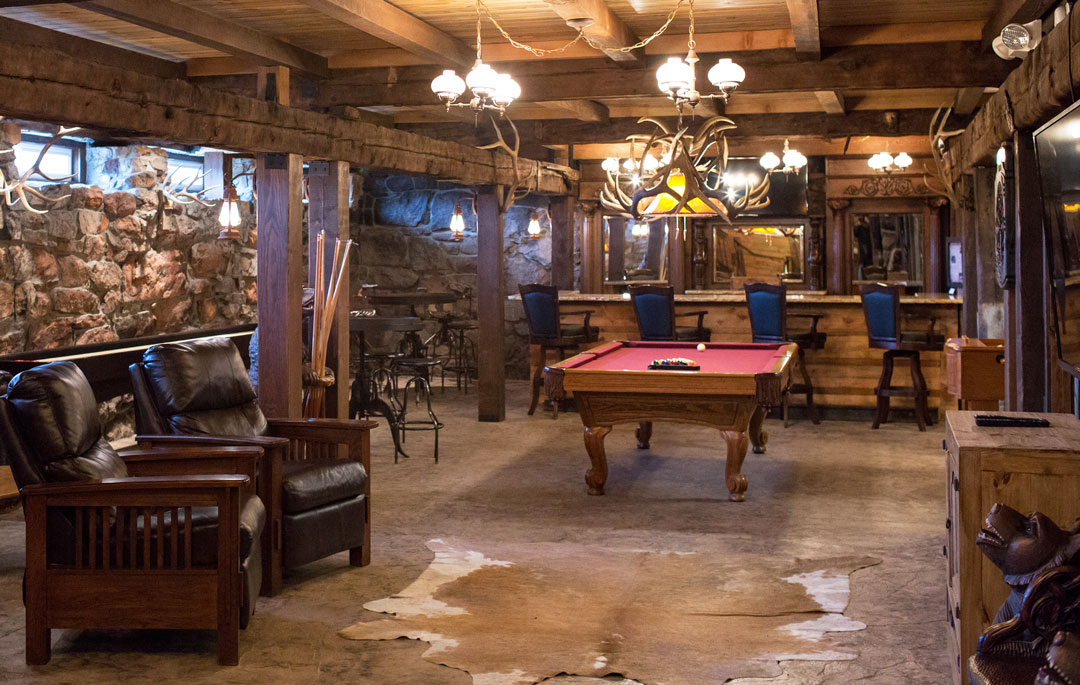 Slide arrow to see before and after